“Ever since I was a child I have always enjoyed ‘cutting’ reality in the blink of an eye and ‘editing’ the scenes in my mind.”

Jep was born and raised in Barcelona, he is passionate about films, photography, sports, 3D, Cel Animation, Motion Graphics, FX and VFX.

After living in New York and California while learning professional film-making from internationally renowned Directors, he returned to Barcelona in order to shoot everything he learned.

Like a designer, Jep works meticulously paying attention to every detail and cinematographically he uses a bold mix of angles and camera movements, which makes his work captivating.

The combination of different audiovisual languages he uses in his films – Reality, 3D, Cel animation, Motion Graphics, VFX and FX – and his aim to achieve ways to craft new worlds, results in cutting edge, compelling stories. 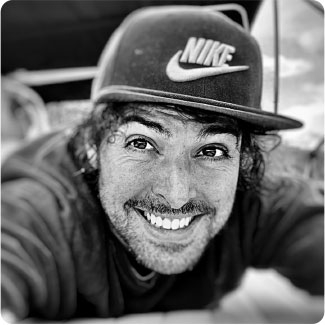