Born of a French mother and an Italian father, Julien Paolini moved from his native Tuscany to the Paris suburbs.

His self-taught path of storyteller took him through literature and then cinema, with the making of seven short films with sharp universes, shot between France, Africa and the USA airing on TV and in festivals such as Rotterdam, Montreal and Clermont Ferrand.

A finalist in the major screenplay competitions in France, his exploration of today's world through genre films led him to develop several TV series.

His first feature film as a director, Amare Amaro, a retelling of Sophocles' Antigone in contemporary Sicily earned awards and was critically acclaimed upon its release. The film was selected for the Taormina Film Festival and the Vancouver VIFF.

He is an "author of images" who places as much importance on content as on form.

To this end, he is also dedicated to advertising films and music videos and has worked with clients such as Adidas, Engie, RTL, beIN Sports as well as Le Secours Populaire. In music videos, his series of narratives have seduced artists such as Feder, Lilly Wood & The Prick, SCH, Gael Faye and Gims. 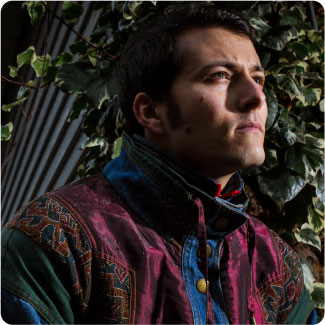 FEDER - BACK FOR MORE - Music video