After finishing his university degree and his time as editor and production assistant on several TV channels (Antena 3, Canal Expansión…) Álvaro directed 4 documentaries in the Palestinian refugee camps in Lebanon, Bosnia and Latin America receiving several mentions and prizes at various festivals.

In 2010 he founded the international film festival MareMostra, which he directed during its first four editions.

In 2012 he began his work as advertising director intending to connect, seduce and bring new credibility and personality to brands through film, photography and communication. During these years he worked for brands and agencies that allowed him to develop his work as a creator with total freedom, such as Havas, Ogilvy, Proximity, Kitchen, Drop & Vase, Nike, Banco Santander, Nivea, Real Madrid, Flex, Iberostar, and Lottusse.

He's currently in the process of preparing and developing his first feature film as a director, “The Mediterranean Boys”. 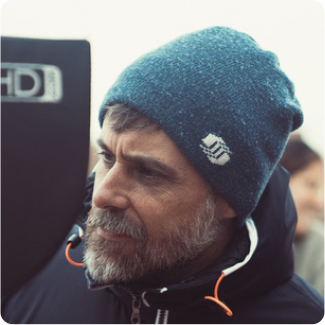 IBEROSTAR - EVA AND THE CITIES